It was the month of October 2010 when I came up with the idea of &quot;Mathemachicken&quot;, an iPhone game for kids to learn basic math skills. The initial development started in October 2010 but I had to put the game on hold due to the birth of my beautiful daughter, Mehreen. Finally, in March 2011 I found enough time to complete the first version of game.

Mathemachicken is a unique game which revolves around the idea of counting chicken eggs to learn basic math skills. The game starts with the first and the second chickens laying eggs. The eggs are separated by a means of fence. The math operator is also painted on the fence which in version 1.0 can be a "+" character or a "-" character. The third chicken is the user's chicken which will produce the answer. The answer is produced by making the third chicken lay eggs. The eggs are laid by poking the chicken. Each time you poke the chicken it will lay an egg. If you accidentally lay more eggs than the correct answer then you can pop the eggs by touching them.

Finally, the answer is submitted by touching the cow! The correct answer earns the crowds applause while the wrong answer makes a funny cartoon-ish sound. The game also has a reward system to keep the user motivated.

Check out the images and video below! 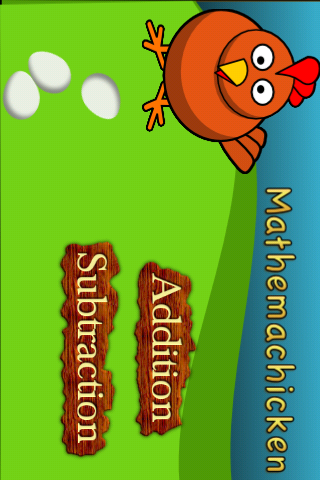 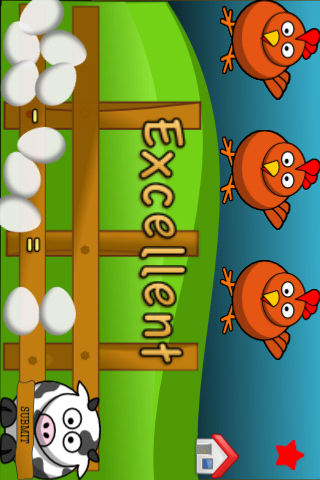